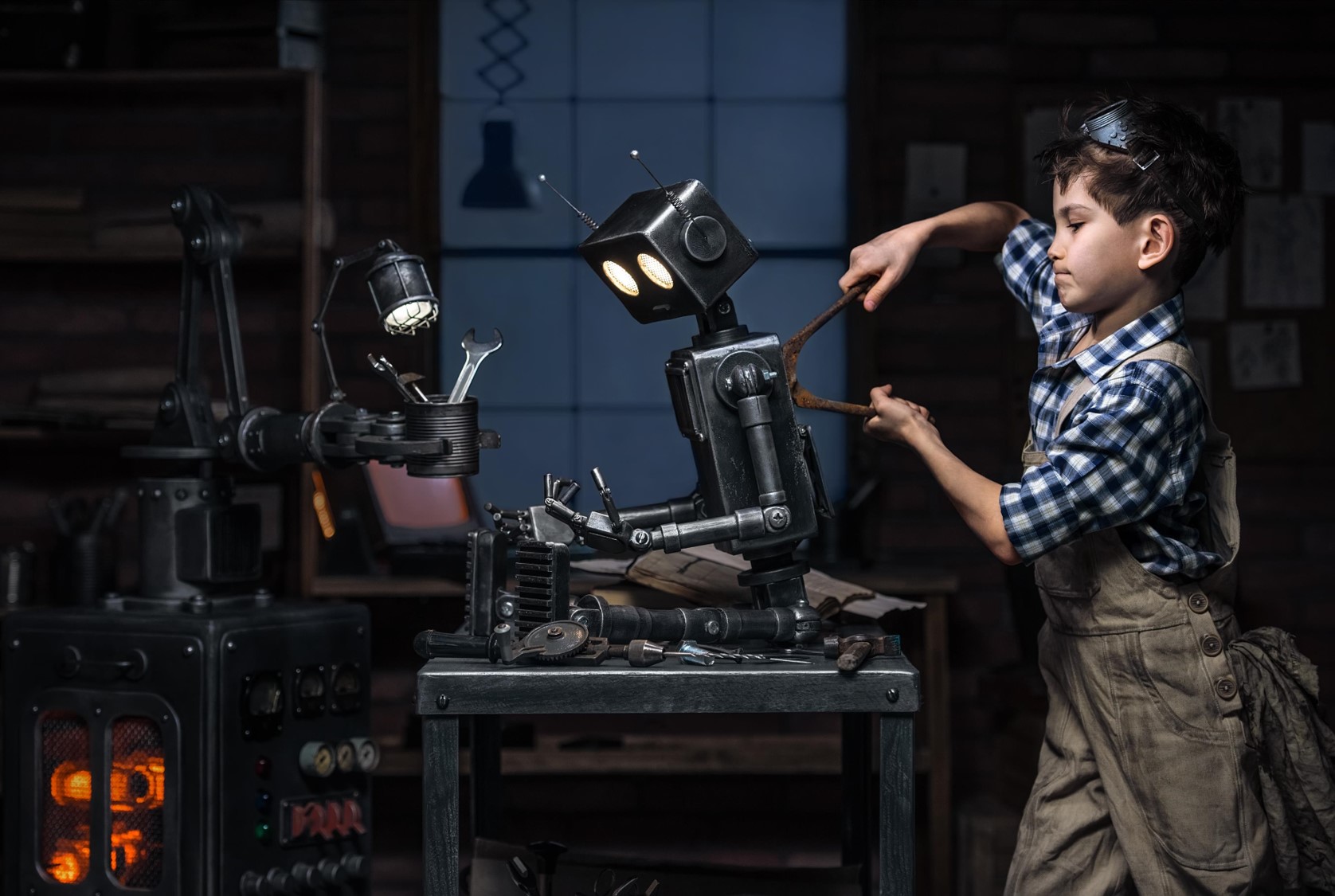 Let’s talk about the near future: some 10 to 20 years from now. Picture the world we are living in, and how it typically differs from today. I will assume that we get over this Corona crisis and digitalization will continue to expand.

Yes of course digitalization: surely by then we will have autonomous systems, like vehicles and robots. We (or our autonomous descendants) will probably go to Mars as well but lets focus on this planet for now. Virtual Reality, exoskeletons, gene editing, bio engineering and things like Neuralink. Technologies like these basically will make any kind of science fiction scenario possible. Think Robocop, Ready Player One, X-Men, Wall-E, etc.. All of these movies have a different kind of digital hero (Cyborg, Virtual Reality, Mutant, Artificial General Intelligence), and all seem not that far-fetched anymore. At least they aren’t when considering the entire time-scale of Homo Sapiens existence. I do not think we will live in Dystopia in 20 years, but surely our lives will have been fundamentally altered by digitalization by then.

So when considering such a world, clearly, we are thinking along the lines of what is called the fourth industrial revolution.

“One of the features of the 4th Industrial Revolution is that it doesn’t change what we are doing, but it changes us” – Klaus Schwab, World Economic Forum

We will be able to fix our inabilities through the means of technology. Make us stronger using robotics, immune by bio engineering and walk around in impossible locations using VR. Homo Sapiens will evolve into Homo Deus, according to Yuval Noah Harrari.

OK so let’s put our feet on the ground again. Because regardless whether you believe in robotty fairytales: digitalization is all around us, nobody will dispute that. I would like to focus on the role of security and hackers in a heavily digitalized world. To me it is quite clear that the true wiz-kids – or nerds if you will, I prefer ‘hackers’ – will be the de-facto technological cornerstone of society. De-facto because it might not be so by means of policy making, but the important role of hackers will become apparent during incidents and crises.

If we are more and more reliant on technology, even to the extent of injectables and smart medicine, who will have the capabilities to help when it fails us? If your self-driving car runs into a river: how are we going to understand why? Surely it won’t be effective to ship every malfunctioning piece of technology to a factory abroad. We will need tools and knowledge to test and troubleshoot technology in our close vicinity. We will need hacker workshops at the corner of our streets where we can bring our malfunctioning robots. And from what other current part of society could such capabilities emerge than from the hacking & security community?

On a more idealistic note: with the digital revolution also comes the risk of further bifurcation of humanity. Will the poor benefit in the same way from technological progress as the rich? And if not: how will the technosplit widen and with what consequences? I believe that the availability of hacking capabilities embedded within a society will strengthen it’s independence. And allow it to actually benefit from digital revolution. We need hackers around the world.

“Security 4.0” is my idea of having hacking capabilities as a societal function, acting as the safety net for human kind in the digital era. Products and services that are designed to fit the needs of organizations of the future. If you close your eyes and try to envision this world, you know security has to adapt quite a bit to fulfill that role. It’s important to start working in that direction today, now we still have some time left to create competencies in a controlled fashion.

But is the security community up for such a transition? I am quite sure it’s best to rethink the way we are used to do things in our industry. That is scary though: as opposed to mimic other players in the market space it requires true entrepreneurship. Understanding the actual problem you are solving, having a belief as to how that problem will look like in 5-10 years from now. And then building your solution, go-to-market and operating model to make it work.

I am happy to have found my position with 3 of the brightest and most creative minds I have encountered in this space. And we will work to create the security 4.0 company I envision. It’s great that because of my background it is possible to do so in relative independence, and so without distraction of short term goals or unrealistic expectations.

And so for the most part, it will come down to actually doing what we love to do, most of the time. Making sure Zolder is the environment in which hackers thrive and can be flexible enough to adjust to evolving demands coming from the digitalizing society.

In Dutch, I spoke about the digital revolution in my Zoldersession with Joost Hoebink. Here is a clip of the relevant part. The full podcast can be viewed/listened here.

Wesley Neelen - 05 sep 2022
Recently I came across an interesting cryptocurrency project called Helium. Its a wireless network built by people all around the world. The people that help expanding the network by adding a hotspot receive the Helium cryptocurrency coin by providing the coverage. During my research I decided to order one of those Helium miners. I ordered […] Lees verder

Wesley Neelen - 19 jul 2022
This year I decided to start a new study, the PEN-300 course of Offensive Security. In 2012 I did the OSCP course and in 2013 OSCE. In 2016 I took the OSEE class in Vegas, unfortunately never took the exam (one of my biggest mistakes ever🥴). I liked all the courses very much at that […] Lees verder